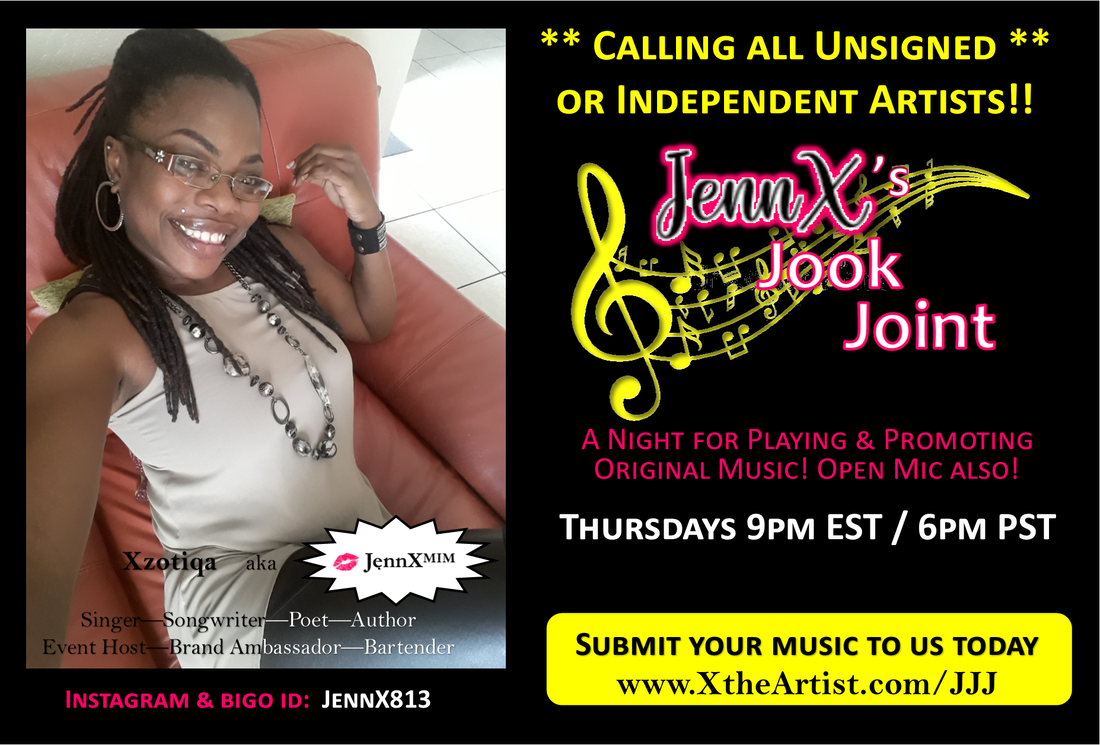 What to expect at JennX's Jook Joint:

​~  Music played from BIGO artists + where to find it online

~  Music Trivia (with prizes for winner)

WHAT IS JENNX'S JOOK JOINT?
Our goal is to be a platform for exposing and promoting the overwhelming amount of talent in the BIGO streets.  The show is hosted by Florida singer, songwriter, and poet Xzotiqa ("exotic-uh") also known on social media as JennX.
​(Follow me on IG: JennX813... And Check out my new EP "Diary of a Songwriter" on all digital platforms.)


SUBMITTING MUSIC TO BE PLAYED:
NOTE:  Although we try to support every artist, we reserve the right to decline any track at any time for any reason. Whatever our decision, please do not take it personally and continue to strive for your goals in the music world!


FEATURED ARTIST OF THE WEEK:

Here are the list of Music Trivia questions that will be asked during this month's shows. This just gives you a heads up so you have a chance to win gifts (beans)! Only 3 questions will be chosen each week, and whoever is first to give the most correct answers will be the winner for the week.